How Far Back Do Irish Genealogies Go?

The Seanchas tradition is Ireland's native tradition of law, history, and genealogy.  It has been preserved in the Irish Language orally since before the 5th century and in writing since the 7th century in genealogical, legal, and historical manuscripts.  In other words, the Irish have genealogical records for many hundreds of families which we can expect to be largely accurate since the 5th century unless purposefully manipulated in the early medieval period for political purposes.

Also over the last 50 years, these surviving materials have been critically examined by leading Celtic scholars in order to separate fact from myth and legend, and to eliminate the many false tribal genealogies which were used as defense mechanisms and political expedients in Gaelic society.  Modern DNA research has already proven the accuracy of some of these ancient genealogies.  False genealogies already identified by leading Celtic scholars as suspect have also been confirmed as inaccurate.  In other words, the ancestries of hundreds of Irish families can now be reliably traced back to before the fall of the Western Roman Empire!  However, this cannot be done for all Irish families.

A Story of 17th Century Heroism in the Face of Genocide

How did these materials survive?  No one who was alive then is alive now.  No one who is alive now is responsible for what happened then.  In other words, what I write below is not meant as incitement. It’s just history.

In the late 16th century, Ireland's hereditary scholars were identified as enemies of the expanding English colonization effort and increasingly targeted for extermination.   In the 17th century, in the face of physical and cultural genocide, Ireland's hereditary scholars struggled against overwhelming odds to collect and conserve their historical, genealogical, legal, and literary traditions for future generations. These were dangerous times for the Gaeil and for their scholars.  Only through the efforts of seanchaidhthe like Seathrún Céitinn (dispossessed), Dubhaltach Mac Firbhisigh (murdered with impunity), and the Four Masters (who operated secretly - collecting, copying, and smuggling their manuscripts to Europe over a period of many years) was this knowledge preserved.

Unlike today, genealogy was all-important in Gaelic society, whether in Ireland, Scotland, or the Isle of Man.  It determined your individual rights and privileges on a daily basis, whether as a saor (a free and therefore noble individual in the Gaelic world-view) or as a rígh (a king).  If you didn't know your genealogy, you had NO rights or privileges under Féineachas, called 'Brehon Law' in English.  That’s part of why these genealogies survived.

On this page we see a late medieval depiction from the Scottichronicon by Walter Bower of the coronation of Alaxandair mac Alaxandair, known in English as Alexander III, on Moot Hill, Scone.  The coronation occurred in 1249 when Scotland was still largely Gaelic in language, law, and culture.  On the left, we see the Ollamh Righ Alban (literally, 'Master of Knowledge of the King of Scotland').  The word-balloon coming from his mouth says  “Benach De Re Albanne “ ('Blessing of God King of Scotland').  As a seanchaidh (master of knowledge of law, history, and genealogy), the Ollam Rígh Alban then proceeded to recite the king's traditional genealogy back to Adam and Eve, as was customary in Gaelic inauguration ceremonies in Ireland, Scotland, and the Isle of Man.  But this level of genealogical knowledge was not restricted to kings.  Every saor, every free individual, could trace his or her genealogy back to Adam and Eve or no longer be considered saor.

Irish surnames are the oldest in Europe, but Irish kinship groups, their clans and tribes, are much older.  The clan or tribal ancestry of many Irish families can be accurately traced back to the 7th century and sometimes back to before the Fall of the Western Roman Empire.  The age of their documentation is matched only by that of the Japanese Imperial Family, and surpassed only by certain Chinese genealogies, like that of Confucius.

All Rights Reserved - No reproduction without written permission of the author 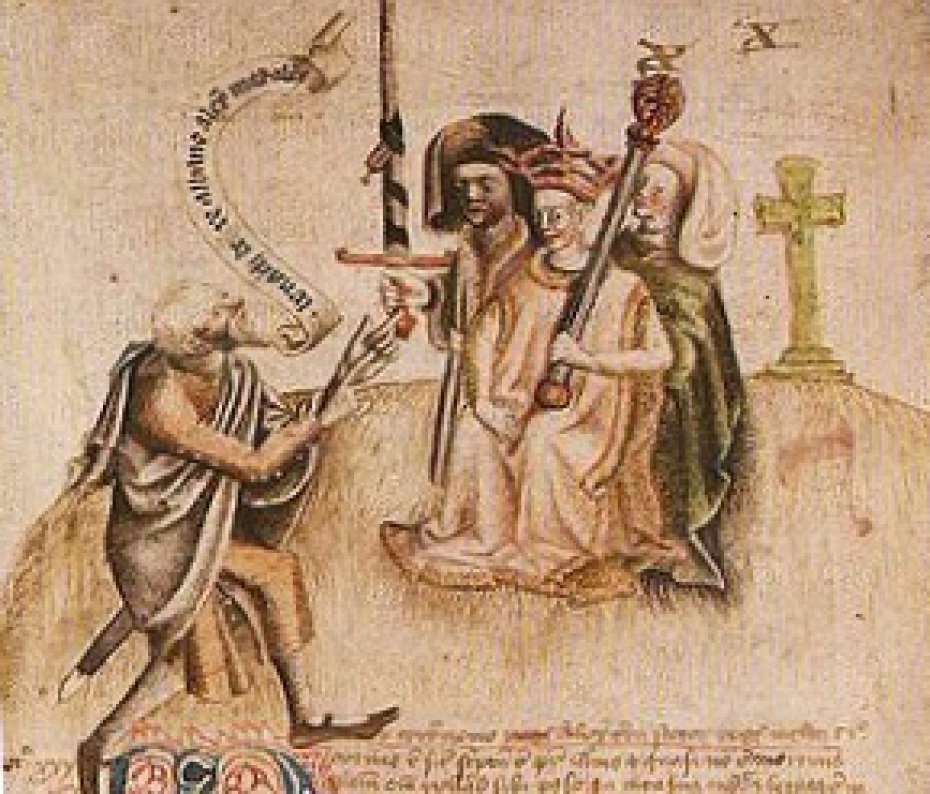 There are no entries yet.